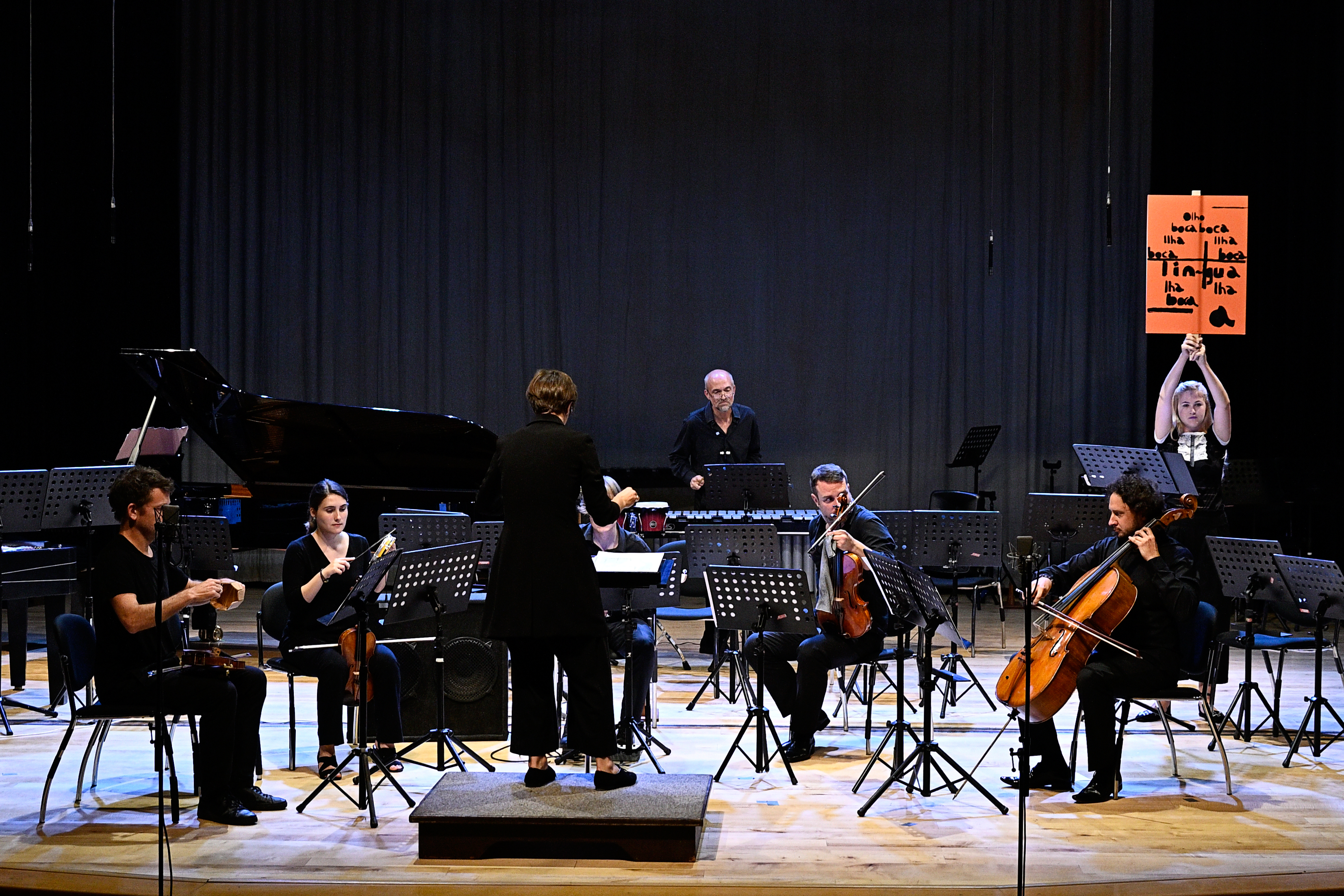 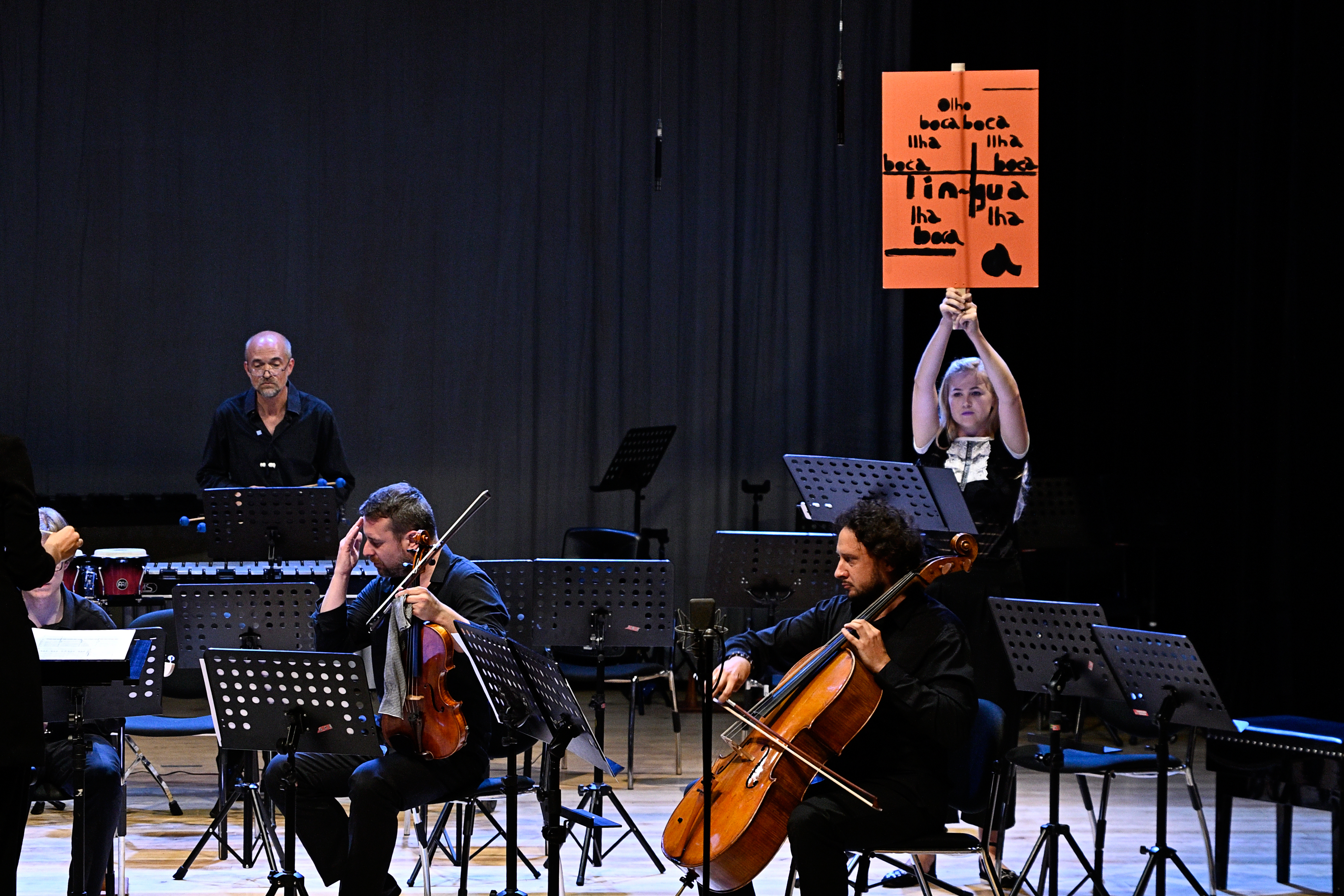 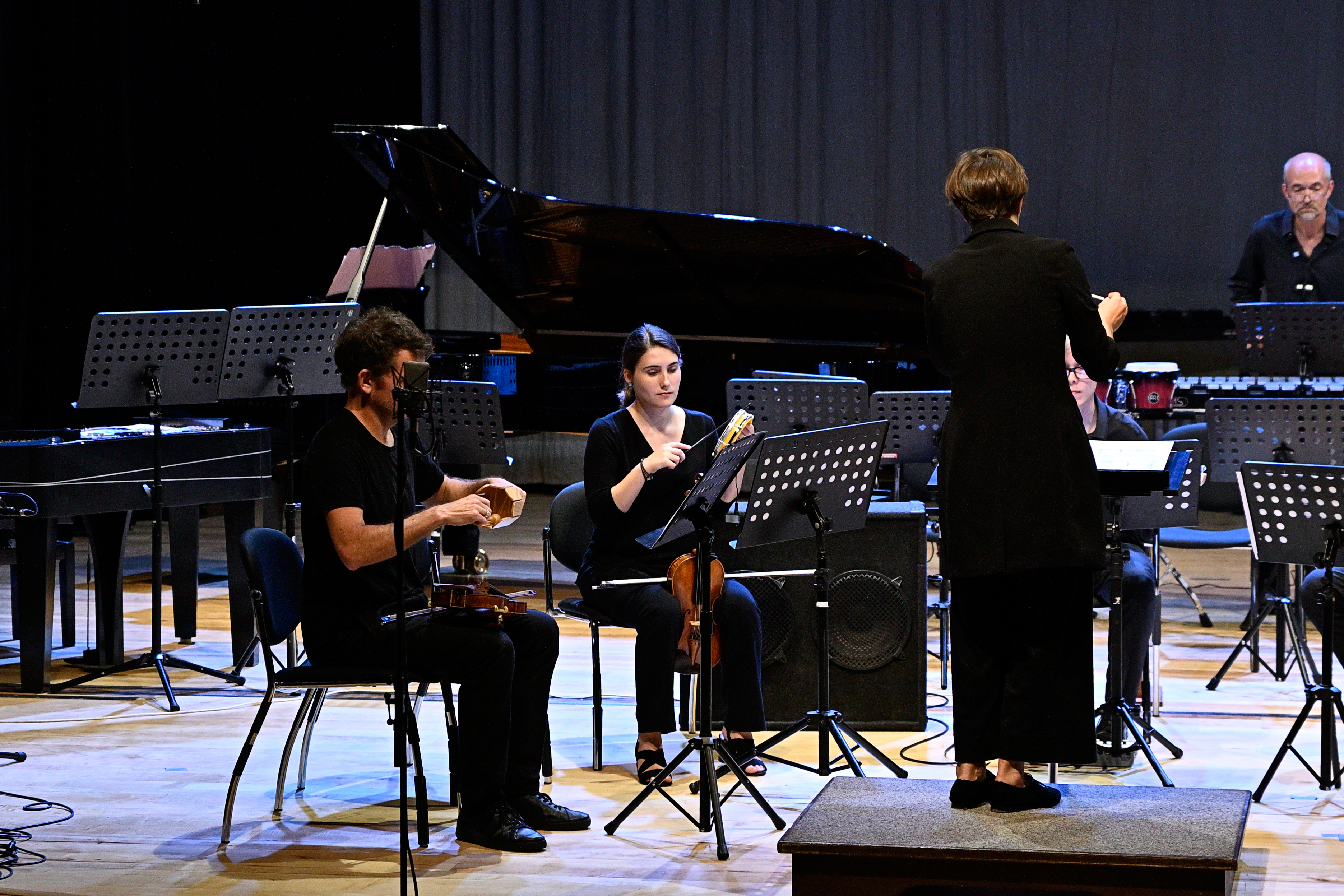 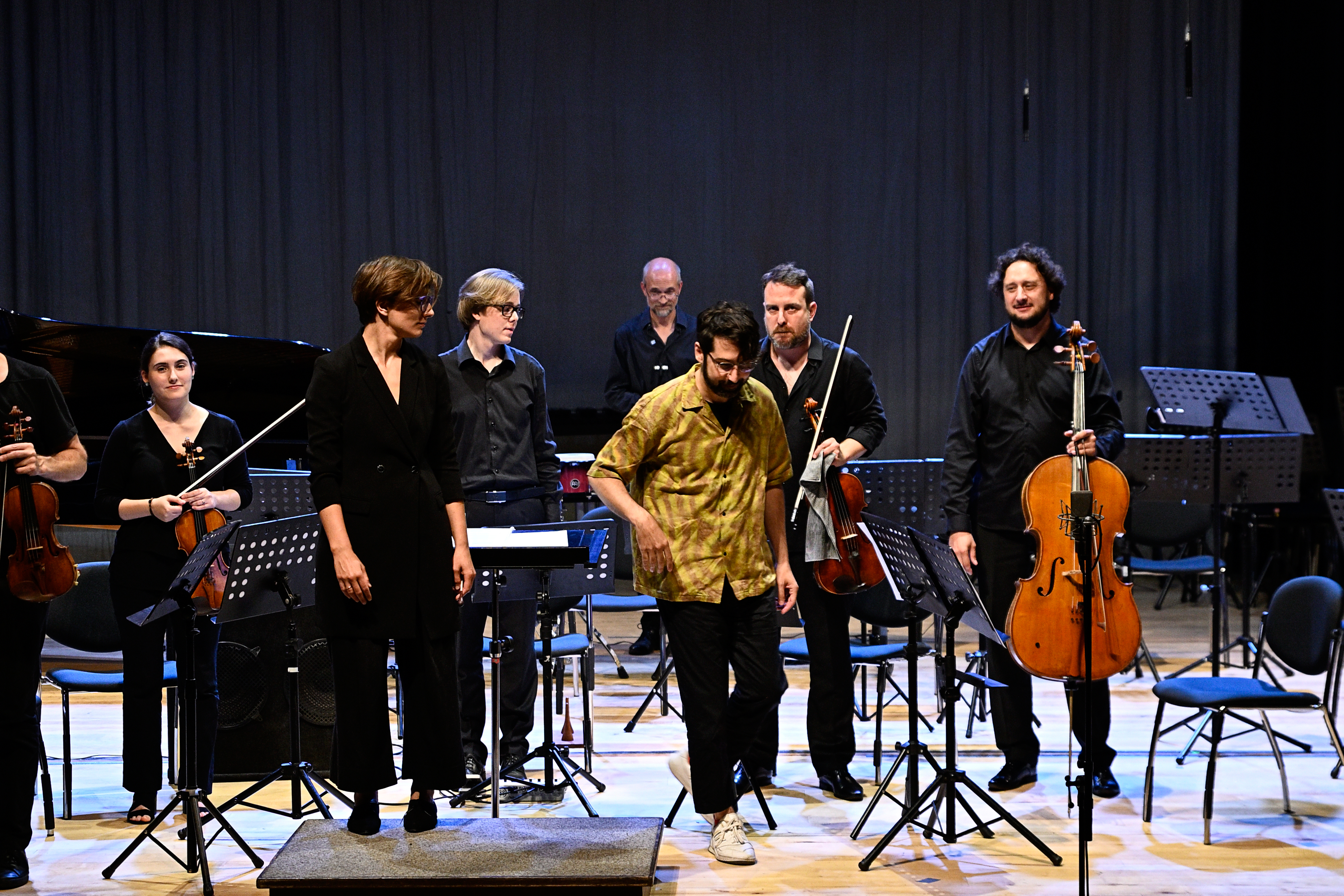 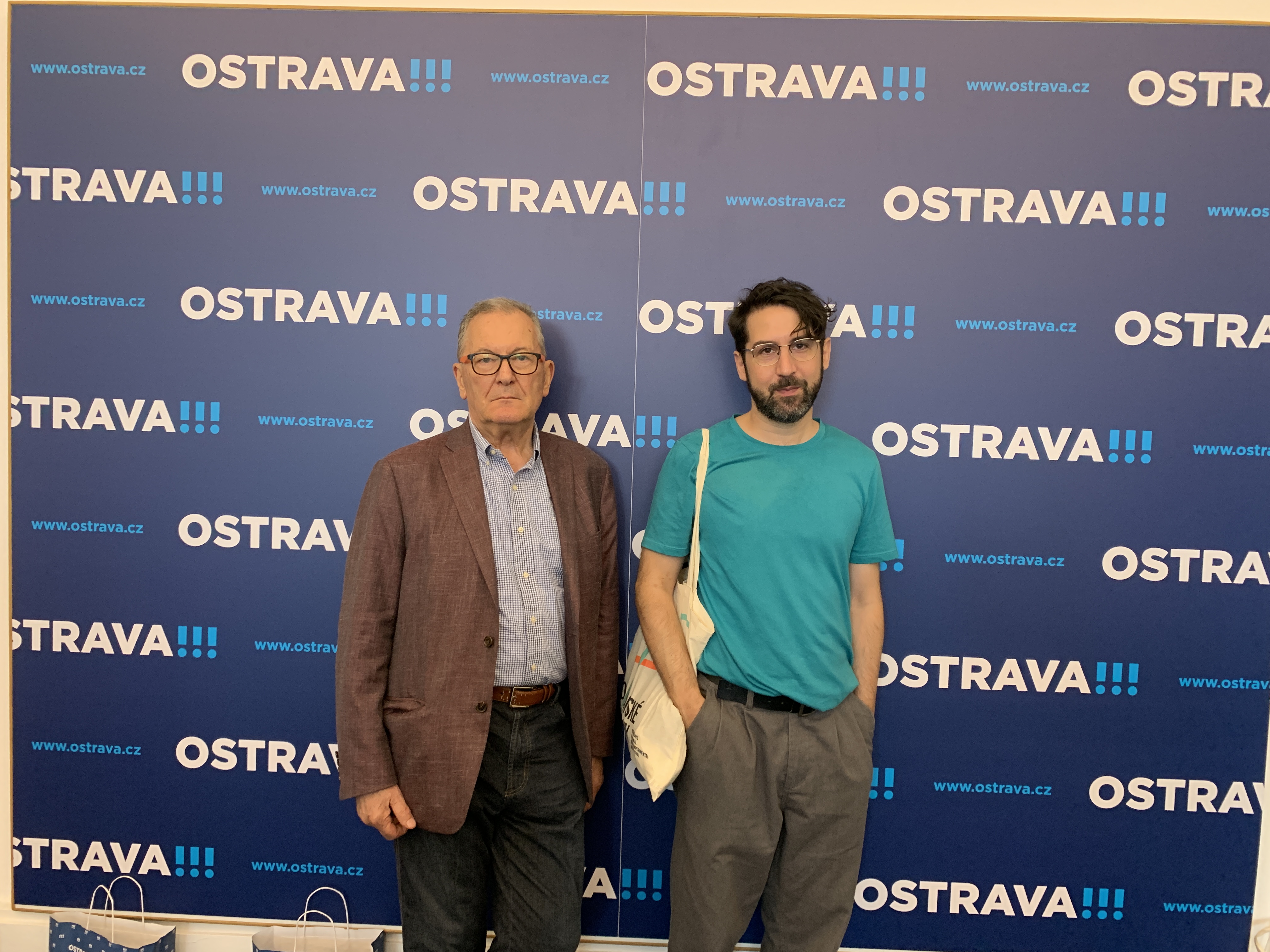 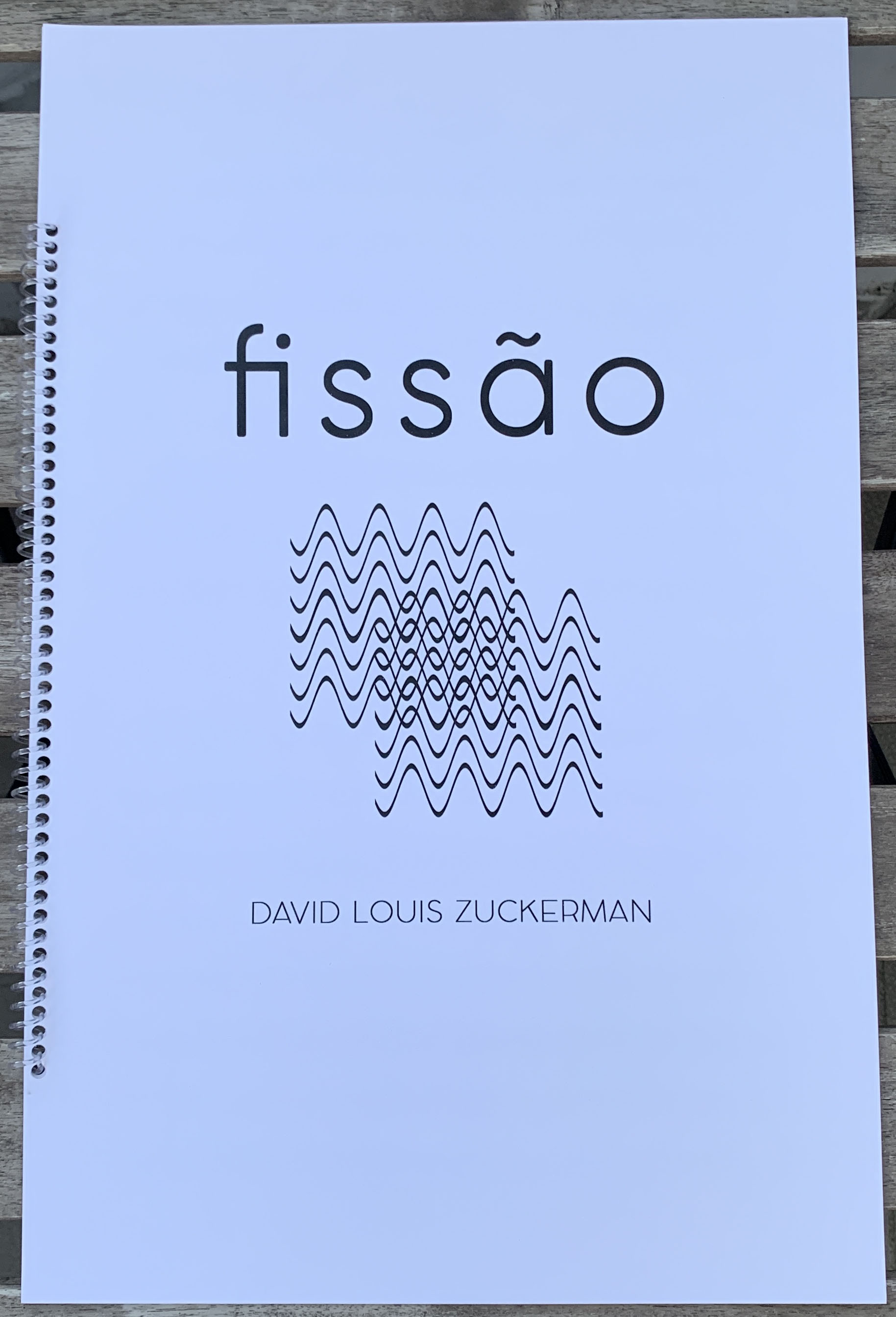 Fissão, translates as Fission in Portuguese. This music and selection of instruments emerged from my time living in Portugal this year. The piece takes up themes of energy and separation. I have also been influenced by the ‘fluid modernism’ of the architecture and street tiling in Lisbon. Oceanic metaphors lead to an emphasis on the horizontal Y axis off time and flow, as opposed to, a serialism where sounds emerge from an autonomous time-space between pitch onsets. From the first note, every other note is a chain reaction. Nothing is random. My colleague, the artist and poet Tomás Cunha Ferreira, has provided the text for the voice.

For this suite of compositions Fission I-III, I wanted to find a term that best represented a causal chain of events, a kind of chemical reaction, like a stream of gasoline igniting in a hyper controlled setting. Polymer Chains, Chain Reactions, Fuses, Wicks, Reactors, Goldberg Machines.

These were the titles that I cycled through, finally landing on Fission and Causa, as the idea of pitch and vector as a form of energy separating and expanding along an event horizon. The image model is one of ‘determined combustion’ in the sense that each point on the chain has only one possible outcome -namely, the next point. One could describe this as a kind of structural dynamism and another way of articulating the preference for “action” and “event”, but not simply as random ‘hanging out’. Contiguous motion as opposed to the “space” we often here between pitch onsets in classical serialism.

This an attractive concept to me. I walk out in the street, bump into a friend, she introduces me to my future lover. One day the lover takes me to get a piercing in a tattoo shop. A year later someone sees the tattoo and says that the tattoo, by way of some strange image association, has just given them the answer to a problem they have been trying to solve for years etc. etc. So even with Fission, which is on one level about a kind of politics of division, I’m also trying to use this ‘destiny’ model to present some notion of ontological connectedness.